Is Turkey Safe To Travel?

The Blog » Travels » Africa » Turkey » Is Turkey Safe To Travel?

Is Turkey Safe? Home of beautiful Istanbul, and seen as the gateway between East and West, Turkey has enjoyed an influx of tourists over the years. People come from all over the world to see beautiful Roman ruins, beautiful beaches, and the impossibly picturesque Cappadocia.

In recent years, Turkey has been home to currency devaluation and political unrest playing host to numerous protests in the main cities of the country. It’s close proximity to nearby conflict zones like Syria and Iraq has somehow made Western media generalize with a sort of “Syria bad? Turkey bad.” mantra that has somehow been picked up by the average person. 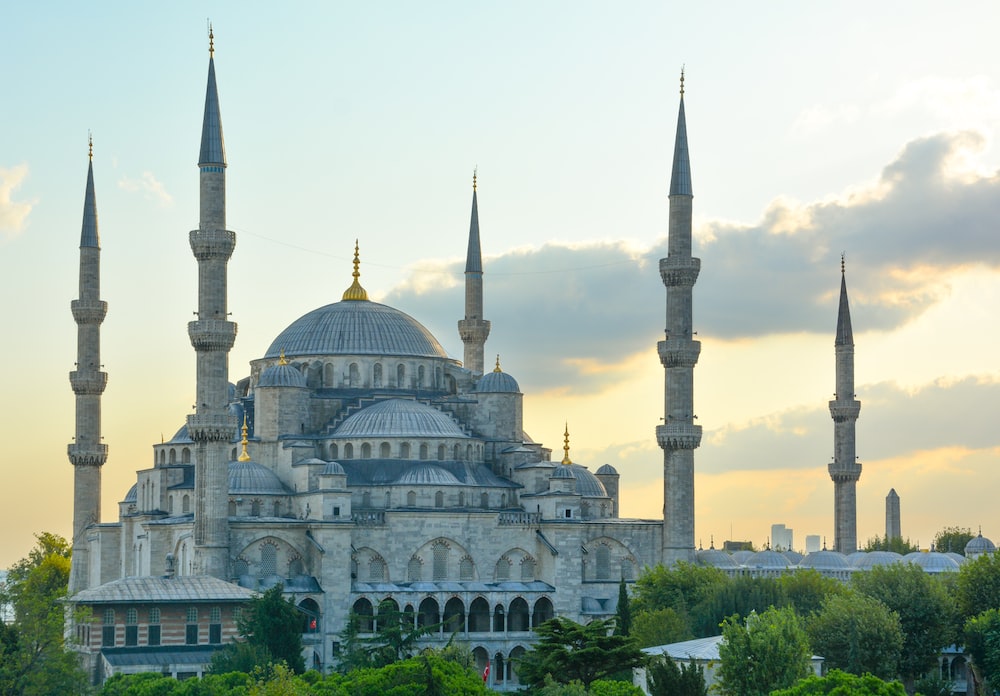 Is all of this warranted? Is Turkey as dangerous and unsafe as they say? I spent an incredible few weeks in Turkey traveling to all the sights and here is my opinion!

Covering murder, physical assault with or without a weapon, etc this should be the least of your worries. While noting the alarming rate at which husbands and wives seem to kill each other, we do claim that apart from violence inflicted within the family, violent crimes are not that common. That applies to violence directed at (unrelated) women too, but we will address that in a separate post. Football hooliganism is an exception. 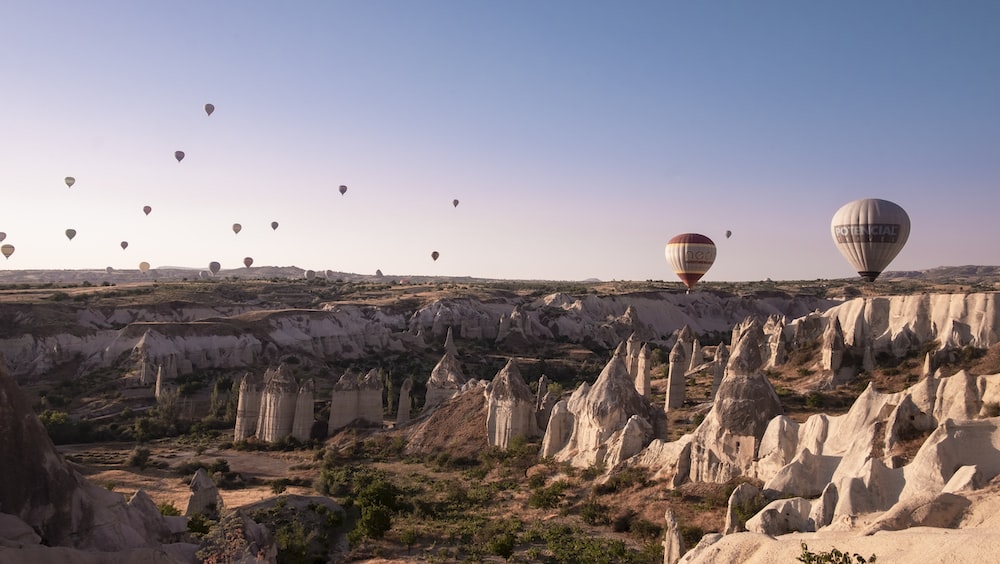 Fortunately, up to now, we have been spared the horror of mass shootings at concerts or at places of education. However, every large city has a seedy side, and violent crime (outside of the family) generally originates there. Therefore, within Turkey, we would argue that the only place you really need to worry about is Istanbul, and the statistics for Istanbul show that it is a safer place than New York (245 and 335 murders respectively in 2016, versus populations of 15.0m in the Istanbul metropolitan district and 20.3m in the New York MSA). Istanbul is, unfortunately, somewhat more prone to murders than Greater London (110 murders in 2016, for a population of 8.8m).

Other than murder, violent crime is relatively rare. A violent mugging is front page news even in Istanbul.

Outside Istanbul, violent crime rates tend to drop dramatically. Generally, the smaller the city or town, the less likely that town will see violent crime. By that I mean not just in absolute terms, but per head of population too. So much so that visitors to the resorts on the Aegean coast can probably disregard the issue entirely.

Read Also On Johnny Africa:  Haggling Tricks: 5 Tips for Bargaining Like a Professional in the Turkish Bazaar

And remember what we noted before: murder and violent crimes tend to occur between spouses. So unless you’re married to a Turk, you probably don’t need to worry anywhere, even in Istanbul.

Turkey has an ongoing problem with terrorism. Fortunately, this is generally confined to the southeast of the country, generally close to the Iraqi border. While a border wall has recently been built along the Syrian border – a wall that is being extended along the Iraqi and Iranian borders too – it is too early to assess its impact.

Personally, I think that the Turkish security forces are doing a rather good job, especially given what’s going on just beyond our southern borders. (Zoom in to see what’s going on in Turkey and your own country. You can also use the slider at the bottom of the map to change the period you view.)

As for the civil war in Syria, while the general advice is to avoid border areas, I’d go so far as to say that unless you’re planning to parasail along the Syrian border, you should be fine.

Is Turkey really as dangerous as they say?

As you can see from the above, Turkey does not have the issues that the media like to highlight. I think people see Turkey as a Muslim country and the stereotypes and uncertainties come flowing because most just don’t know better.

Nevertheless, what about the areas a tourist would actually care to visit? Istanbul, Cappadocia, Pammukale, Ephesus etc.? I spent extensive time in all these places in 2014 AND in 2017. I can safely say that at no point, did I feel like I was in danger whatsoever. Not in 2014, and not in 2017. Sure there is probably some petty crimes to worry about, but what country is that not something to be prudent of? 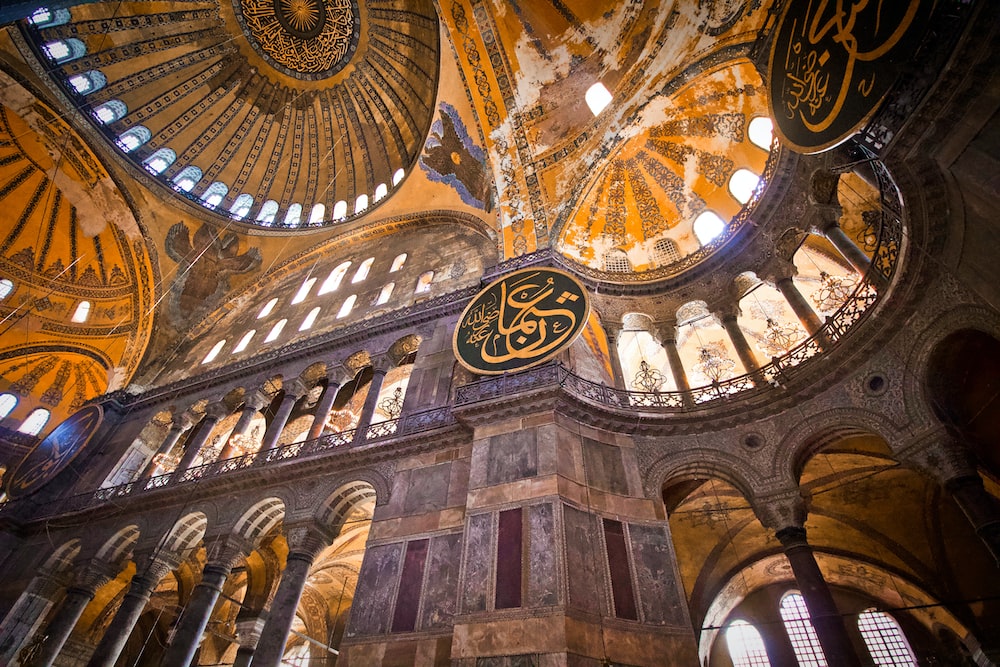 I’m not here to preach about how Turkey is the safest place in the world but I am here to say that only believing what the media is saying about Turkey is not prudent either.

I traveled solo around Turkey for almost a month in 2014. I visited Istanbul, Roman ruins, Cappadocia, and beaches, and then some more Roman ruins.

Istanbul sunset with the Blue MOsque in the background

People were generally quite friendly. No matter where you go, you’re always offered tea initially so I ended up drinking liters of Turkish tea (even though I don’t normally drink tea). No one really heckles like they do in Egypt, and in general people are quite chilled.

I spent a few weeks traveling around Turkey and if this sounds like something you’re keen for as well, make sure to read my perfect Turkey travel itinerary for an idea of what to do and where to go.

Tourism is very important to Turkey

Tourism is still one of the largest contributors of the economy. Millions of peoples lives are directly tied to tourism. What does this mean? The Government will go above and beyond to make sure no one messes with tourism on a large scale.

My opinion is people visiting Turkey see countries in Europe as more “familiar”, and therefore more “safe”. Turkey is a Islamic country and for non-Muslims, the familiarity aspect goes out the door. People will unconsciously associate terrorism with Islam even if they don’t mean to and therefore deem the whole country to be unsafe.

Also let’s not forget the media, word of mouth and general unfounded panic from untraveled people!

The thing is, despite all these terrorist attacks, life goes on in Turkey. People are trying to live their lives and get by in whatever way they know how to. Just like people did in France after the Paris shootings, or in Germany after the Berlin Christmas market attacks, or in the USA after the Las Vegas shooting. Turkey isn’t some war zone. Trendy Turks still eat at the trendy restaurants in Istanbul, old school guys continue to smoke their shishas on the sidewalk, and the doner kebabs are flowing all day every day.

Avoid the border between Turkey and Syria

This is probably an area I would think twice about visiting. Although I’m sure there are some sights to see in this area, 99% of travelers visiting Turkey will not have anything on their bucket list that is in this region. So it’s likely you’ll never come close to this region which means do not worry about it.

Istanbul is a beautiful cosmopolitan city that is more European than Middle east in my opinion. The beautiful Ayasofia and Blue Mosque are some of the most iconic religious buildings in the world. 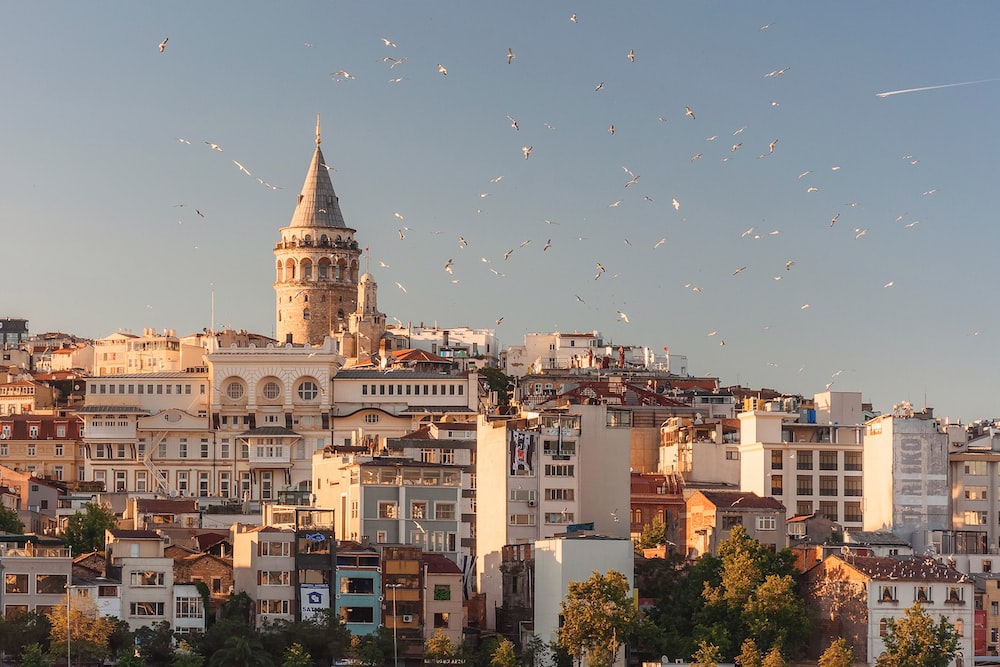 There are many high end restaurants, bars, and generally fashionable things to do that I can’t wait to visit Istanbul again.

The coasts are perfect

Turkey enjoys a huge coastline along the Mediterranean that plays host to thousands of tourists each year. There are beautiful old towns as well as resort towns for those looking for a sunny getaway. Kitesurfing, scuba diving, paragliding, and beachside relaxation are all available for you.

Read Also On Johnny Africa:  The Perfect One And Two Day Itinerary For Cappadocia, Turkey

I have been to the coastal towns of Kusadasi, Oludeniz and Izmir. Like you’d expect from any resort town on the beach, there is absolutely nothing to worry about in these parts.

Cappadocia is a must visit

No trip to Turkey is complete without a visit to the impossibly picturesque chimney houses of Cappadocia. Make sure to ride on a hot air balloon in the morning hours to get a magical view of the landscape with hundreds of other hot air balloons in the picture as well.

Why now is actually a good time to visit Turkey

There’s never been a better time to visit Turkey as political conflicts have ensured the currency stays weak. When I visited Turkey in 2014, the exchange rate was 2.2 Turkish Liras to $1. In 2020, the exchange rate hovers between 5.5 and 6, a 2.5x devaluation in 6 years.

Of course, this means inflation has increased drastically and prices will be reflected accordingly but you can bet that prices are very favorable for tourism now.

Of course, if you’re staying at super luxury hotels, it doesn’t matter what the exchange rate is because they just cater to foreign tourists anyhow. However, you can expect some fantastic deals at local restaurants, and non chain hotels.

I’m not female so in no way am I providing expert judgement on the topic of solo female travel around Turkey. I know Turkey is perhaps not the first place that comes in mind for the solo female traveler. The men (especially older ones) do not have the best reputation when interacting with foreigners. I can attest to this too as I noticed some creepy stares at my girlfriend from guys when I wasn’t by her side.

Nevertheless, Turkey is a far more liberal Muslim country than its neighbors. They make wine, beer, and raki as a national staple! I met many solo female travelers in Turkey with nothing but positive things to say about their experiences

One girl I met living in Kusadasi said she’s always felt more safe in Turkey than she did back home in Italy. Obviously everyone has their own experiences and opinions of Turkey, but overall I think it is quite alright for female travelers.

Subscribe for updates!
Pretty Pictures!
The views here in Paxos are unreal. No better plac

Definitely the best beach in the #algarve. #algar

Not a bad beach... 🇵🇹🇵🇹🇵🇹 #alga

German villages never cease to amaze me. Always so