It’s the sixth biggest country in the world and a really safe bet in terms of economy, housing and safety – so you’re definitely making a smart move, pun intended. But it really is pretty isolated, obviously, and likely to be different from anything else you’ve experienced, even in the English-speaking world. That being said, moving to Australia is a guaranteed adventure and it’s a place that will be able to feed your curiosity for a long, long time. So here are some things to consider, both practical and fun facts to bring the mentality closer to the potential newcomer.

Jobs and the best time to move

Australia has a very open job market and is one of the most available places for working abroad. Generally speaking, popular options include sales, marketing, health care and media, but that’s a really broad generalisation so don’t hesitate to apply even if your skills don’t fall anywhere within that spectrum. Employers and recruitment agencies in Australia rely heavily on personality testing and psychology as a crucial part of the interview process, which might actually come as a relief. If you’re just setting out to look for a job, the best sites are https://www.adzuna.com.au/ and https://jobsearch.gov.au/ as well as the Graduate careers site if you’re a university student or fresh graduate. Do keep in mind that recruitment is somewhat slower in the short period from Christmas until mid-January, which is peak summertime here. But either way, any time is good for moving.

The Australian Visa Bureau will provide you with all the necessary information and requirements, depending on which type of visa you want to apply for – Temporary, Skilled Migration, Family Migration and others. There’s also the online travel visa advisor to help you find out which visas you are eligible for depending on your passport and other factors. For people between the ages of 18 and 30, there’s the Working Holiday Visa with which you can work while travelling for a period of 12 to 24 months. Make sure to get all the necessary paperwork and apply 6-8 months prior to your planned time of moving, as the process will take at least half a year overall.

Read Also On Johnny Africa:  The Humble Car: A Gateway To Adventure

Be prepared to chat away

Now that we’re done with the basic technicalities, on to the fun parts! Australians are some of the most friendly and chatty people you’ll ever meet. It really is an outgoing and fun-loving nation overall, and you’ll be sure to find yourself engaging in random chitchat with complete strangers. If English is not your first language, you’ll have plenty of time to practice casual conversation, but it might be a good idea to enroll at an English College once you’re there – mainly because the Australian accent proves a bit more difficult to catch on. Plus, you’ll probably be approached at the very first stages of your Aussie life, so some basic academic preparation definitely won’t hurt and you’ll have an easier time assimilating.

The spiders are not that big a deal

Yes, they’re super creepy-looking and you don’t want anything to do with them, but neither do they with you. In fact, there have been no fatal spider bites in Australia since 1979. There is a chance, however, to be bitten by a spider but without any venom injected (you have been warned, just in case). But there are worse things that look harmless – such as the male platypus, for example, which have venomous spikes on their backs for defence. So no platypus hugs, if you were planning on going in for one.

Australia is number one in many things

…such as meat consumption per human, so get ready to “throw a shrimp on the barbie” or throw any other kind of meat on the barbie, for that matter. It’s also the gambling capital of the world, with nearly 12 billion dollars spent on poker machines yearly. But, most importantly, Australia is one of the countries with the highest standard, best working conditions and minimum wage far ahead of elsewhere ($16.87 per hour). That’s why tipping is not so common here, as service workers don’t have to rely on tips to make a living. Of course, you’re welcome to reward exceptional service at your will, but don’t be surprised if a waiter tells you that you forgot your change.

There’s so much more to be said, as Australia’s diverse geographical and social characteristics are a never-ending well of inspiration. So get ready to explore and experience – you’ll surely love it, everyone does! Check here for the moving services to arrange your move asap. 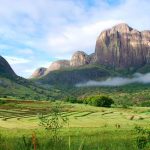