Exploring Barcelona’s Hidden Side: What To Do Away From The Crowds

The Blog » Travels » Europe » Spain » Exploring Barcelona’s Hidden Side: What To Do Away From The Crowds

One of the most cosmopolitan cities in all of Europe, Barcelona is a vibrant and charming city and a dream destination for many a holidaymaker. Thanks to its exquisite architecture, delicious cuisine, gorgeous beaches and energising nightlife, this modern oasis pulls in tourists by their droves, year after year.

As a tourist destination, Barcelona has a global reputation for being one of the hippest and hottest spots in Europe. While the huge amount of tourism the city receives plays a major role in economic stability, it does make it tricky to find a cultural hotspot that the world hasn’t already heard about. Fortunately, the city has a secret side filled with undiscovered outdoor hang-outs, artistic gems and speak-easy style restaurants and bars that even some of the locals aren’t aware of.

If you’re planning to visit Barcelona soon, this guide to exploring Barcelona’s hidden side will tell you everything you need to know in order to have a truly unforgettable experience.

If there’s one Catalonian artist whose name is synonymous with Barcelona, it’s Antoni Gaudí. His work dominates the streets of the city and famous landmarks like La Sagrada Família and Casa Batlló attract hordes of visitors.

If queuing isn’t your idea of a relaxing city break, there still remains a substantial number of magical Gaudí buildings that are very much under the radar. Some of these hidden gems have even been granted UNESCO status, but they’re hidden in plain sight as the more illustrious buildings draw in the crowds.

Gaudí’s first home and a UNESCO-listed site, Casa Vicens is located just a little way north of the city centre, in the village of Gràcia. It became part of the unofficial Gaudí trail in 2017 following a substantial renovation that came after 130 years of private ownership. Despite this, however, it still remains largely unknown.

Bright and vivacious, Casa Vicens marks Gaudí’s earliest attempt at creating a “gaudy” home, with its Orientalist doors and marigold tiles. Even if architecture isn’t your favourite thing, you’ll nevertheless be mesmerised by this gorgeously garish building, particularly since it’s still so pleasingly off the radar.

Read Also On Johnny Africa:  How to use your Australian Holiday Work Visa as a Ticket for Genuine Adventure

A 25-minute bus journey from the centre of Barcelona will take you to Colònia Güell in the sleepy village of Santa Coloma de Cervelló. Commissioned by Eusebi Güell, this complex was originally intended to be a utopian community that would house Güell’s factory workers. Although the complex was never fully finished and Güell’s vision for a worker’s utopia didn’t quite come to pass, Gaudí’s church crypt has nevertheless since achieved UNESCO status.

Gaudí began working on the Church of Colònia Güell in 1908, but a lack of funding meant that it remained unfinished with only the crypt, or lower nave, being completed. It was officially blessed by the bishop of Barcelona in 1915 and has functioned as a church ever since.

Interestingly, it was during the creation of the crypt that Gaudí began to experiment with style and develop those iconic biomorphic forms that adorn the walls of La Sagrada Família. The exterior is peppered with jewel-like stained glass windows, whilst the otherworldly circular nave is suspended by spider-legged, lurching stone pillars. Gaudí even repurposed a giant clamshell to act as a holy water font.

Hidden Gems to Explore Across Barcelona

Barcelona’s idyllic climate makes it the perfect destination for exploring on foot. And while its marvellous beaches are the place to be if you want to indulge in the glorious sunshine, if you’re looking for something a tad more out of the ordinary, here are the places that you should check out.

Situated just above Gaudí’s renowned Park Güell complex, the neighbourhood of El Carmel is home to an outdoor spot with the best views of the city – the Carmel Bunkers.

The bunkers used to be a locals-only secret, but have grown in popularity since. However, since they’re an outdoor hotspot and at the top of Turó de la Rovira, they’re still not as busy as some of the other landmarks in the city centre below.

If you’ve ever wanted to get lost in the heart of a labyrinth, there’s one located in the outskirts of Barcelona that could be right up your street. 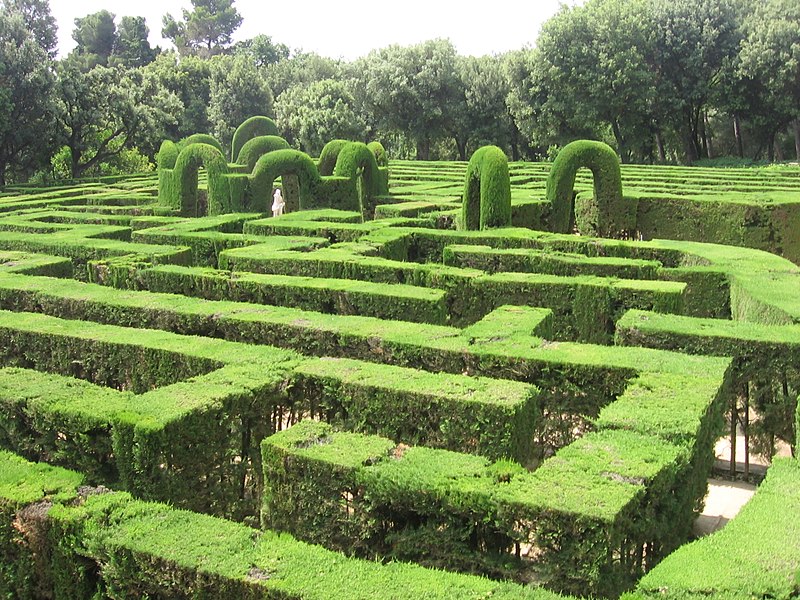 According to local historians, the Marquis Joan Antoni Desvalls of d’Ardena ordered the construction of this 820-yard long oddity back in the 18th century.

While it is popular during tourist season, there’s a cap of 750 visitors per day so it’s much less crowded than some of the more well-known landmarks.

Dining off the Beaten Path

There’s no shortage of hip and happening dinnertime and lunchtime hangouts in Barcelona. However, if you want to avoid the crowds (and be sure of getting a table), these are the places to add to your itinerary: 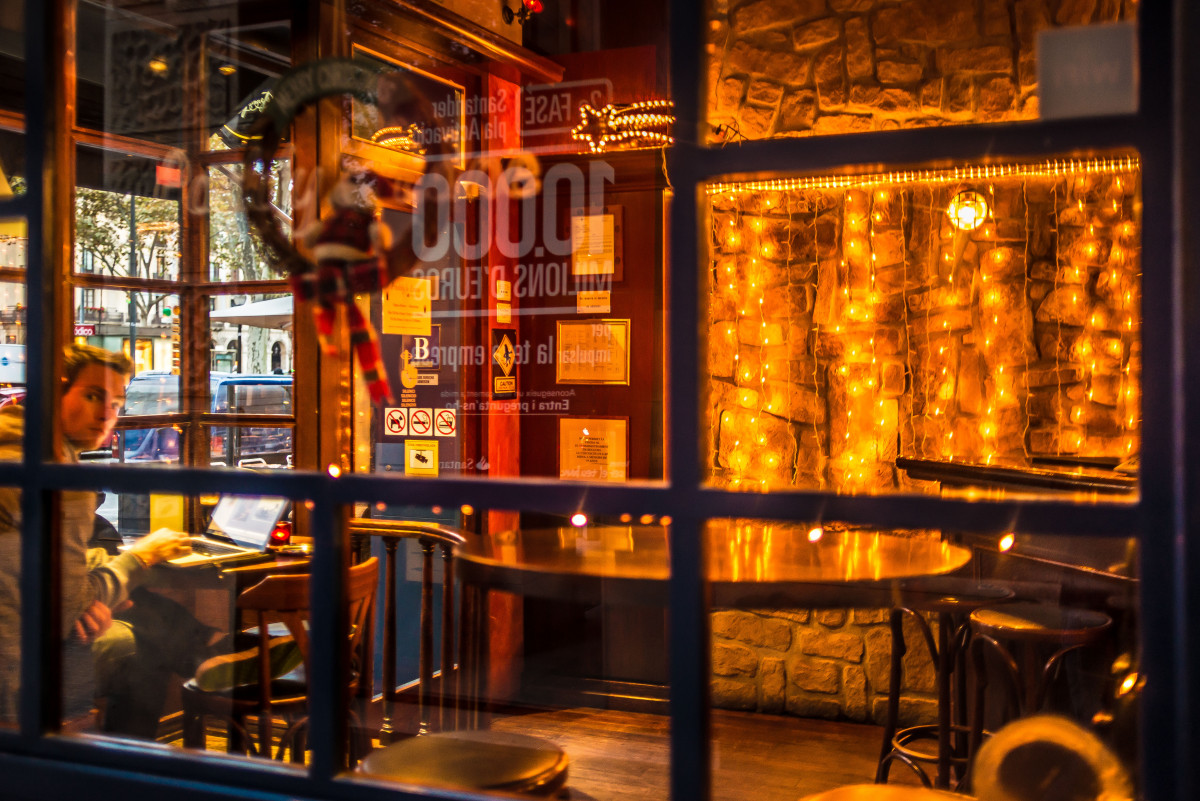 You’d be forgiven for thinking that not much happens in Poblenou. While it is undeniably one of the coolest neighbourhoods in Barcelona, it isn’t known for vibrant dining.

Once you set foot inside the Valkiria co-working space, the Bistrot will surprise you. This quirky bar and modern cafeteria is a laid-back, creative environment that serves fresh food and drinks with a dash of networking.

Surprisingly, this cute outdoor restaurant is still very much a well-kept secret despite being a minute’s walk away from the bustling La Rambla. Situated in the courtyard of the atmospheric university buildings of Carrer de l’Hospital and surrounded by orange trees, El Jardi offers a blissful moment of tranquillity in this otherwise hectic locale. Dealing with unforeseen events during your travelsFeatured, Guest Posts